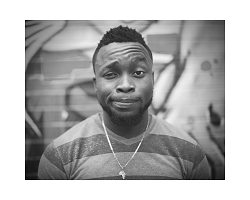 Feminism & Men – do the two really go together?

This website collects male voices that explain from their perspective why feminism is for men too.

It’s a hub where pro-feminist men can come together and create visibility, and feminism-sceptics can explore the other side of the argument through their peers’ views and the resources on the site.

Why? Why did I, Maria, come up with this project? Because it feels necessary.

“I believe everyone should be treated equally, but I wouldn’t say I am a feminist.”

…is a sentiment I’ve encountered all-too-often. The reticence by some men to be linked to feminism, a movement about gender equality, is astonishing.

Now, I do know men who are pro-feminist and who call themselves feminist, but I have also had enough encounters that left me shocked and quite frankly wanting to cry… I have had disheartening experiences, in different contexts, that suggest feminism is still a dirty word for some men, a threatening one to some other men and irrelevant to yet again some other men. Even today, it is sometimes seen as extreme and radical or at least something that only women label themselves as, that doesn’t have much to do with men. Sometimes feminism is even viewed as the enemy of men. I’ve encountered men who associated feminism with “man-hating” and being “anti-men” or as a movement “gone too far.”

I could preach all day how feminism isn’t a zero-sum-game, not women v. men but all against the patriarchy and how it is about liberating everyone from socially constructed and imposed gender norms in a pursuit of true equality and humanity but coming from a woman I feel it can often land on deaf ears… “of course YOU would say that.”

This platform exists so MEN can spell out why feminism is for men too, a less prominent perspective.

MenTalkFeminism aims to destigmatize the relationship between feminism and men and lets men explain why they think the two do indeed go together.

I find that men who do share that view do not get enough visibility and attention and this is where they can make their voice heard and amplify it and hopefully stimulate curiosity and openness for other men to explore feminism for themselves.

I would like to capture a wide range of thoughts around why different men support and advocate feminism.

While it's not essential that a man calls himself a feminist for him to agree with and act in line with feminist principles, MenTalkFeminism makes the case for how feminism benefits men as well as women and for why men would want to engage in feminism, through a male lens.

This website is not a forum for debate, it openly centres pro-feminist male perspectives with the aim to provide all men with the much-needed and less widely-shared argument in favour of feminism, so they can make up their mind if/why feminism might be for them too by hearing from other men.

PLEASE NOTE, entries may be quoted in newspaper and magazine articles or in other MenTalkFeminism publications, including a possible future book.

This website could not have materialised without my developer Pierre Anken who did a fantastic job.